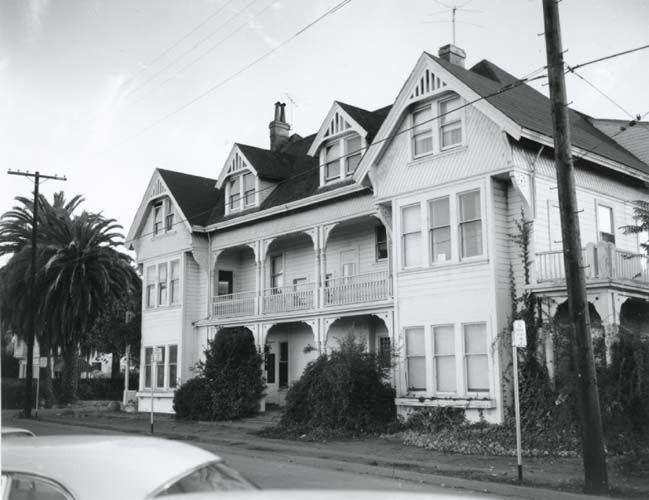 In 1852 John B. Steinberger built a roadhouse on Middlefield Road (probably in either Atherton or Menlo Park since "Steinberger's fence" was along the NE side of Middlefield in this area). See also the MPHA Newsletter XVI.8.

Anticipating the construction of the San Francisco & San Jose Railroad, Louis Golder, an 1852 pioneer from Germany, acquired 4 lots that stretched from Oak Grove SE to Ravenswood. He then sold the railroad a right-of-way across the 4 lots. About 1867, in the southeastern-most lot, Golder built a 2-story[?] hotel featuring a saloon. Thus Golder’s Menlo Park House, as it was called, became the first business to be established in Menlo Park.

The hotel site on Merrill Lane is approximately where Menlo Park’s first fire station was build (1915), which in more recent times was occupied by Dieter’s German Auto Repair. The old fire station was demolished to make way for Menlo Center (Kepler’s, Café Borrone). The section of today’s Santa Cruz Avenue between Merrill and El Camino was originally known as Golder Lane (or Avenue)—presumably this was before the construction of Santa Cruz Avenue SW of El Camino Real.

In the 1890s the hotel was sold, split in half and moved, one section to the corner of Oak Grove Avenue and Mills Street, where it was almost immediately destroyed by fire, the other section to the NE side of County Road at what is now 1334 El Camino Real, just SE of Glenwood Avenue. In the early 20th century, there were 2 houses between the Golder house and Glenwood Avenue and one to the SE (next to the 1st Central School, which opened in 1892).

The photo below (MPHA Online Photo #22-1138) shows the Golder house in 1964, just after the 2nd Central School was demolished in 1963 (to be replaced by a Cadillac dealership). The building immediately to the left (NW) is now Fey Chinese restaurant (1368), while on the Golder house lot itself there is now the Holistic Health Center (1340). In the photo there is another house just to the right (SE). On its lot is now Naomi’s Sushi Restaurant (1328/1330). The empty lot where the Cadillac dealership used to be is just to the right of the partially-shown house.

After the railroad was built (1863), Menlo Park became a popular destination for holidays. To accommodate this trend, the Kuck brothers, Martin and Diedrich, built a hotel about 1868 on the NW side of Oak Grove Ave next to the RR tracks (presently the site of a self-service car wash). The hotel served meals. It was surrounded by flower gardens and picnic areas. Horses and carriages were available from the stable.

In the early days a general store, perhaps the first in the area, was located on the main floor.

For a short time, about 1926, the Menlo Park Library was located in the hotel.

Even after it was demolished, the hotel's picnic grounds continued to be used at least for a few years for an annual Menlo Park 4th of July BBQ coordinated with a downtown parade.

Directly across Oak Grove from the Menlo Park Hotel, a second major hotel was built in the 1880s. It became the first building in Menlo Park to be lit by gas lamps when the SF Gas and Electric Co. extended pipelines down the peninsula alongside the RR tracks from South San Francisco in 1907.[1] After WWII it began to decline, suffered a major fire in 1965 (see MPHA Online Photo #5-3083) after which it was demolished.

A third major hotel was located on the northwest side of Oak Grove on the opposite side of the RR tracks from the Menlo Park Hotel. Dates? Below is MPHA Online Photo #5-2989.

In the 1890s, many of the workers who built Stanford University stayed at one of these 3 hotels (Kuck's, Oak Grove Villa, Palm).[1] 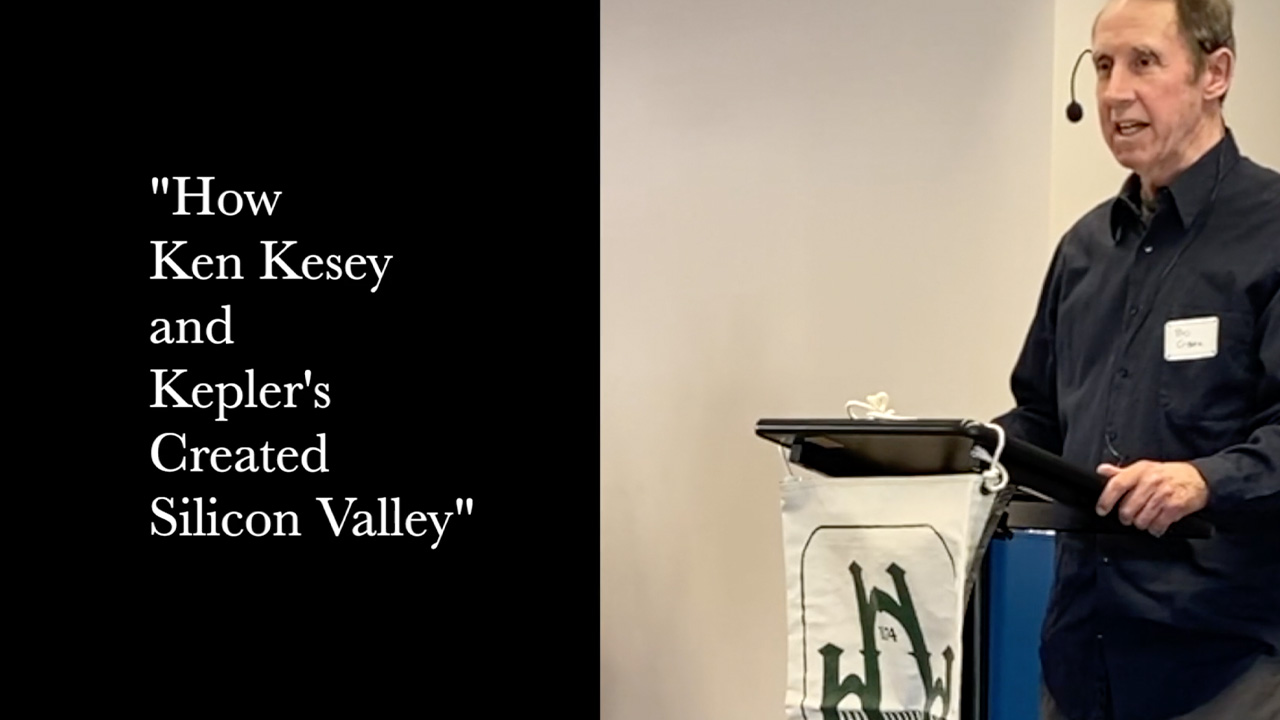 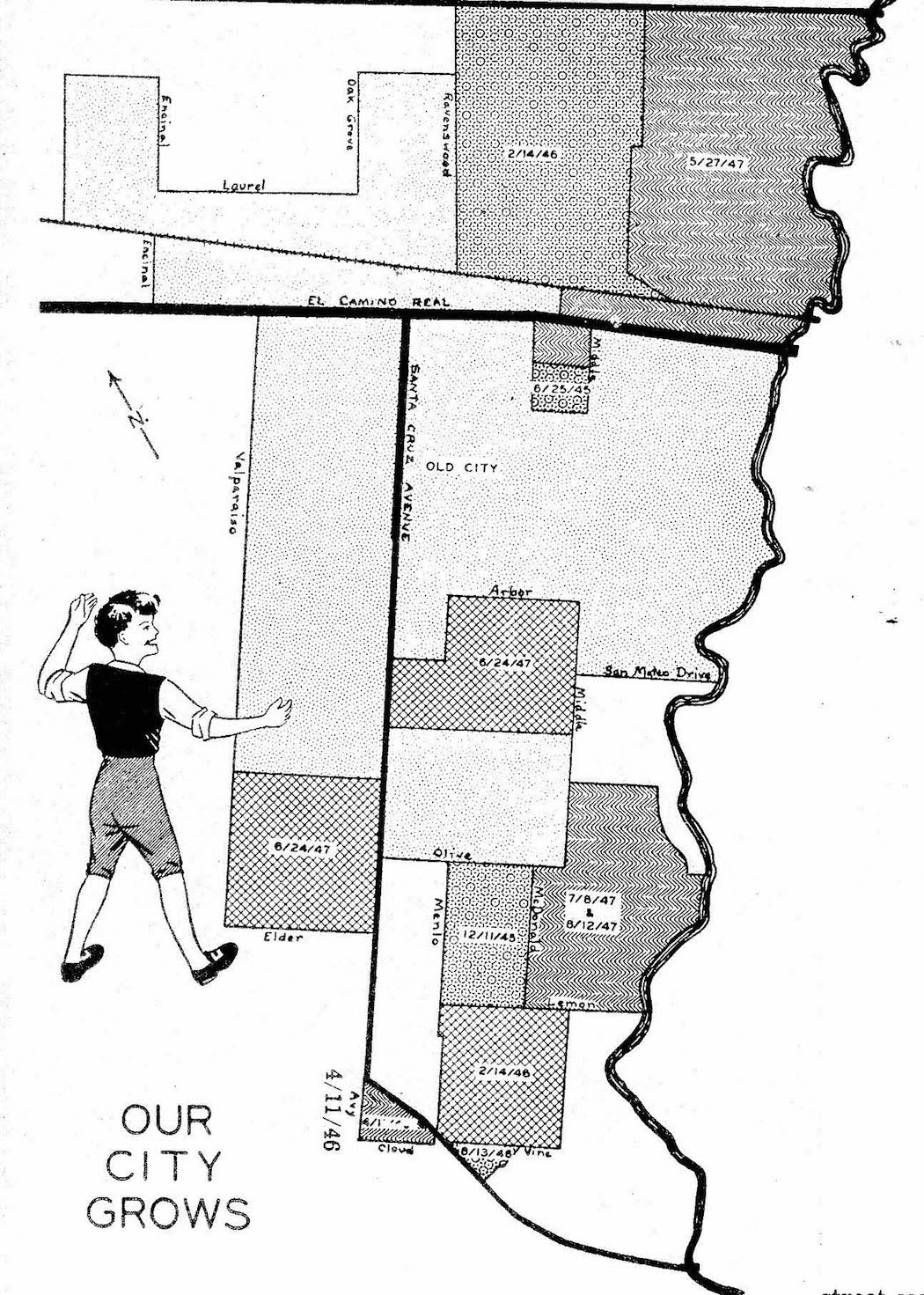 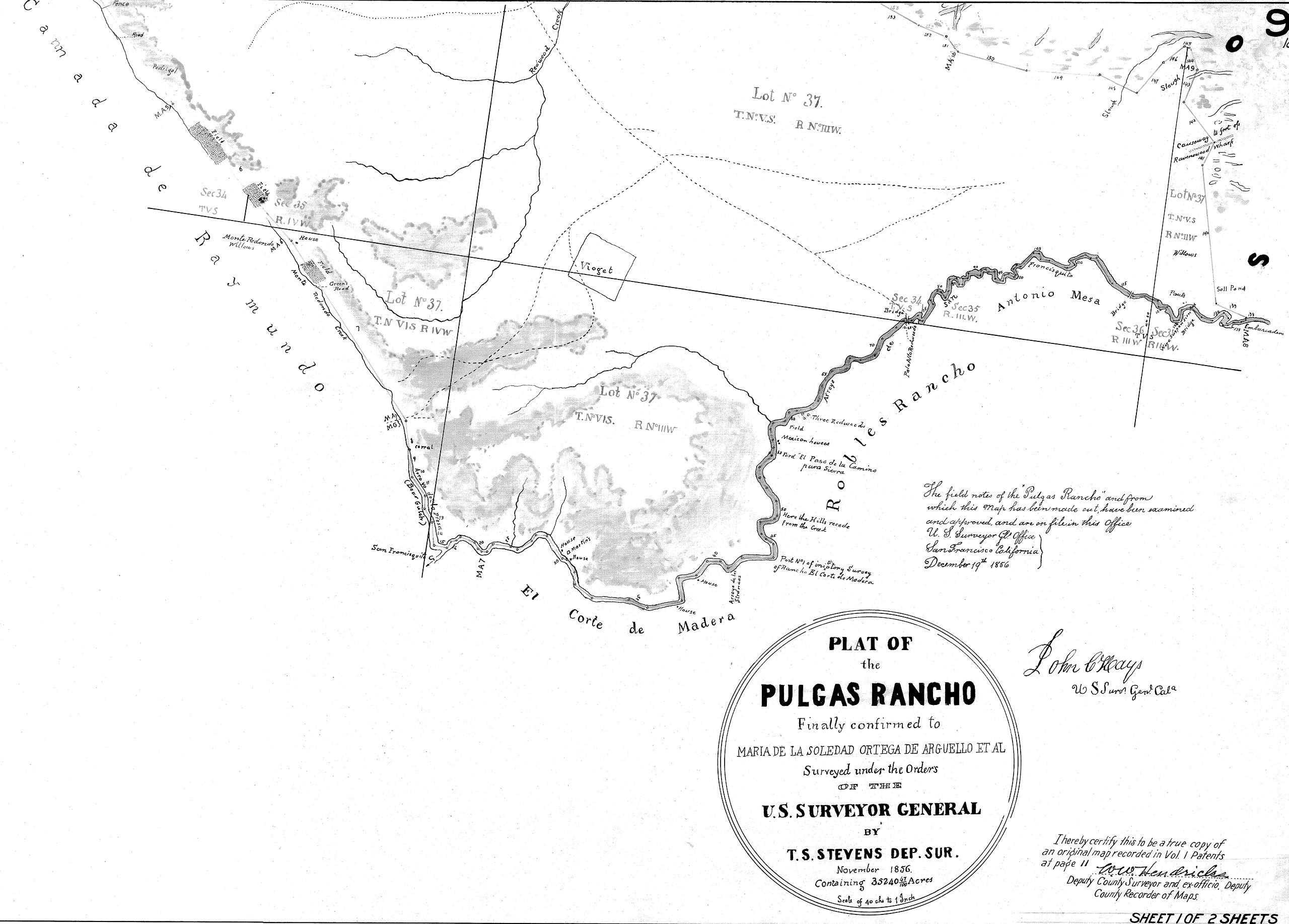